The Devaluation of Music 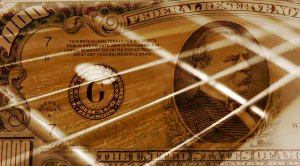 There’s been an article circulating lately called, The Devaluation of Music: It’s Worse Than You Think. There are a lot of valid points in it, and it’s worth the read. At the same time, instead of using it as a moment of despair, let’s see how we can use the information to our advantage.

To sum up the article:

Building a career in spite of music devaluation
Money follows market. Markets follow needs, or at least perceived needs. Industries try to anticipate the desires of their largest customer demographics. In the case of labels, it’s mass market because to make millions you have to reach and affect millions. Although, looking at the numbers for an artist on a label, there money is effectively a loan with 900% interest.*

However, to connect with your audience and build a truly supportive fanbase, you have to know much more than a demographic, you have to know the characters, values, hobbies, interests, vocabulary, and perceived needs of your ideal fan. Once you know your ideal fan as well as you know your best friend, and focus your efforts towards that person, then truly adding value to your fans and potential fans is no longer guesswork, and you don’t need the huge amounts of marketing money it takes to reach the masses.

Their managers definitely thought that hard. It was still a business, especially if they were ever going to build a career out of it, as so many did. The super successful bands thought that hard too, at least the ones I’ve interviewed. But they also hired a manager and ultimately the marketing team/machine of a record label to take care of all of that for them.

The music business has changed, and the record business is still trying to catch up. A lot of artists have given up on the record industry and found news ways to navigate the modern music business. Sadly, a lot of artists have given up altogether. And even worse, a lot of artists still hang on to the dream of being discovered by chance and pure luck that is so heavily pushed by the media as the way the music industry works. When you look deeper, past all the fluff and lies, it never worked that way.

Making music valuable again
I’m not in disagreement with the article. The current industry followed the market and music isn’t appreciated like it once was. What I’m talking about is how to build a career and connect with your fans in a meaningful way now that music is what it is today, fully considering what’s said in the article above.

So how do we make our music valuable? Connect with your ideal fan, and immerse them in your story. Bring the context back for them. Share your story and your “why” behind the music. Use your knowledge of how your ideal fan finds and is attracted to new music to bring more people to you. and warmly invite those people to be part of your tribe too. Stop focusing on money (which usually results in mass spamming your fans), and instead focus on adding tons of value to your ideal fan. Constantly seek out ways to up that value, constantly find new ways to stay relevant and meaningful to them, and stay in constant connection with them. Not connection in the sense of “hey, look what I did”, but connection as in building friendships.

_______________________
*A record deal is like loan with 900% Interest – Sticking only to the recording contract, and not even taking into account the share of everything else, from live shows to merch, and even song ownership that the Label will want, let’s look at the numbers on a very simple scale. Let’s be modest and say you get $100,000 advance from a Label to record an album, and the contract says you get a very generous 10% cut. You pay a studio, producer, recording engineer, mixing engineer, mastering house, graphic designer, and printer from that money and pocket what’s left. So you can sit back now and enjoy 10% of whatever comes in, right? Nope. You get 10% of the profits, the net. But don’t worry, you won’t see that for a while either. You still owe the Label $100,000, plus any other money they spent on you along the way. And guess what? You have to pay that back out of your 10% of the profits. Maybe saying it’s a loan with 900% interest isn’t painting the harsh reality well enough. Don’t get me wrong. They are a well-oiled marketing machine, and can help you reach millions of people, as long as you don’t end up in the horror of getting lost in the system and Label politics, like many bands experience. They are taking a HUGE risk on you by giving you that much money and support in the first place. Just make sure that you’re valuable enough to warrant them continuing to see you worth the risk, and that what they are offering you is valuable enough to warrant a loan with 900% interest and giving up a lot of creative freedom.

Don’t forget to pick up Rockstar Mindset’s Band Booster Pack for free, for more great tips on getting bigger shows, building your fan base, and growing your band’s career.