Why Your Band Will Fail 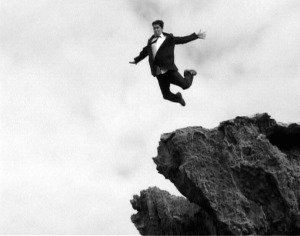 In 2009, the rock band LIVE (“Lightning Crashes,” “I Alone,” “Lakini’s Juice,” among other hits) unexpectedly imploded. Fans of the longtime group were baffled. So what happened to cause four friends who had grown up together to break up so suddenly?

According to a blog post from LIVE’s guitarist, Chad Taylor, it came down to a matter of trust. Ed Kowalczyk, the lead singer, had apparently secretly worked his way into being the sole decision maker for their publishing. The rest of the band, who was used to operating everything under a democracy, found out, by accident, that Kowalczyk was the only signature with their publishing company. Taylor eloquently described that the band felt betrayed by Kowalczyk, but they continued to work with him anyway, despite unresolved tension and a breakdown of trust.

The final blow came when the band’s manager informed the rest of the band that Kowalczyk was requesting a $100,000 “lead singer bonus” to perform at a music festival. At this point, all hope of trust and friendship was gone, and the band refused to play with Kowalczyk any longer.

This situation seems somewhat bizarre, but sadly it is fairly common. There are many stories about megalomaniacal front men, perfectionist guitarists, drugged out bassists and girlfriend-stealing drummers.

With so many snakes in the snake pit, how can you avoid being bitten?

The answer lies in two things: 1) Only work with the right people – those with the character and values that you need and want; and 2) Set a common code of ethics – an agreement on how the band members interact and deal with each other. If you don’t set forth honesty, integrity, understanding and professionalism as tenants in your inner band conduct, then there may come a time when they are no longer there. Cover your bases too, from conduct and integrity, to finances, roles, expectations, and even consequences. Consider operating as a Republic where your core identity, vision, and mission rule the band’s decisions, rather than a Democracy where majority opinion rules.

Treat each other well. You are going on a journey together filled with excitement and artistic expression.

Do what you have to do to make sure you are all friends in the end. And please, don’t go doing things like signing secret publishing deals behind your band’s back.

You teach others how to treat you. Your band, by their actions, defines how others will treat you. Make sure you are sending out the right message. Know what you want with clarity – goals for your career, your relationships with each other, your skills, your individual character, and more. Then make a solid plan to get there.

There is a lot of further information about this in Rockstar Mindset’s programs at www.rockstarmindset.com. We encourage you to delve into it now and create the most solid foundation possible for your career.

Really, avoiding failure all boils down to this: Be A Class Act, Period.